Callaway is my equipment sponsor. I used to play Callaway as a junior for many years, then I played some other clubs, but switched back to them during my first year as a Pro in 2008. At the beginning of 2009, I became one of Callaway's staff players. I love to play their clubs and golf ball because they make my game as easy as possible. I really appreciate Callaway's tremendous support on tour and at their facility in Carlsbad, CA. 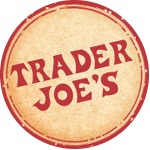 It's great to have Trader Joe’s in my team! It is a specialty retail grocery store, where I can find all the foods I need for my health-conscious diet on and off the course. It offers amazing food and drink from around the globe and around the corner. Gluten free, kosher and vegan products. Great quality at great prices. Take a look at the picture of my new logo above.

Carputty is a growing startup that is changing the car ownership cycle—by providing transparency every step of the way. I am thrilled to have Carputty as a sponsor. Their technology and service is an overdue game changer in auto finance. With my schedule I need the power to control my finances on the move. As a successful woman athlete, Carputty gave me the power an older industry model did not when financing my car.

Levelwear is my apparel sponsor. It's a premium sports athletic apparel brand specializing in the golf and licensed sports markets. They provide athletes with the best assortment of on-trend, technically superior, and value-rich apparel. I love to wear Levelwear because it is comfortable and elegant at the same time.

To receive updated information about current events
Become sponsor
Manage Cookie Consent
To provide the best experiences, we use technologies like cookies to store and/or access device information. Consenting to these technologies will allow us to process data such as browsing behavior or unique IDs on this site. Not consenting or withdrawing consent, may adversely affect certain features and functions.
Manage options Manage services Manage vendors Read more about these purposes
View preferences
{title} {title} {title}
X